The primary job of the Pascack Historical Society is to record and dispense accurate historical information to anyone who requests it. It can be a very satisfying job and a very frustrating one at the same time. Often people approach PHS with preconceived ideas (lore and legend) that they wish to have validated about their home, genealogy, personal artifacts, etc. It is very difficult to peel away decades of misinformation and replace it with the truth, but that is the job of the Answer Girl.

Do not hesitate to send any questions you may have about the Society, local history, artifacts, etc. to our Answer Girl. There are two ways to submit your question(s)!

You can email your question(s) to:
[email protected] 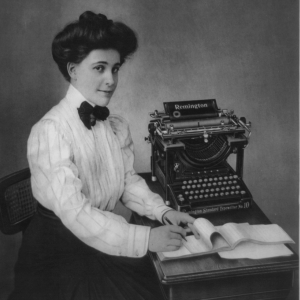 I work at the Bear’s Nest Condominium Association in Park Ridge. I have heard that our location used to be a Girl Scout Camp. Do you have any information on this? (K.S., Park Ridge) Expand

Yes, we do recall hearing that Girl Scouts met in the Bear’s Nest woods for many years. Whether they just met there on occasion or owned property and ran it as a true camp we are unable to find out. Our many inquiries have revealed nothing. Perhaps one of our readers might be able to shed some light on your question.

I am trying to find our if famed singer Bruce Springsteen ever performed with a band named Pegasus at a place called The Jail in Hillsdale. It was apparently one mile up the road from Bruce’s friend Matty, who owned a cycle shop in Westwood. I’m wondering if the jail is where the Cornerstone is now at the corner or Broadway and Washington Avenue? (J.B., Hillsdale) Expand

No, The Jail, also known in the past as The Body Shop and Roberto’s, was located right next to the railroad tracks at 337 Washington Avenue, in the present King’s Shopping Plaza. Today a liquor store, Bottle King, occupies that space. It is true that on January 22, 1977, Bruce Springsteen was at the Jail, but not to perform. Apparently, Bruce’s close friend’s brother was in the band Pegasus and “The Boss” had been invited to hear the band playing in the nightspot that night.

How did Bergen County get its name? Was it because of the Jersey Dutch settlers? (M.S., Emerson) Expand

People have been debating that question for years. Some people think it is because one of New Jersey’s earliest settlements, present-day Jersey City Heights in Hudson County, was established in 1660 and called Bergen. Other sources attribute the name to Bergen, Norway or to Bergen op Zoom in the Netherlands. Still others say the Dutch word for “hill” carries the true answer—we do not know how that can be possible since the Dutch word for hill is “Heuvel” and the Norwegian word is “hoyde.” Yet others give the honor to Hand Hansen Bergen, a native of Norway who arrived in New Netherlands in 1633. We ask, how could he be the reason when the name appeared three full years before his arrival? The name Bergen was applied to the county in 1683.

My grandfather used to tell me that during World War I, his mother needed a passport to go from her home in Pearl River to his home in Montvale. This can’t be true! Is it? (D.O., Woodcliff Lake) Expand

The August 19, 1916 issue of the Pascack Journal states that infantile paralysis quarantine is daily tightening and the state health authorities are taking greater precautions to prevent any spread of the disease from adjoining counties. Three state health inspectors were this week posted at the state line. One each on Middletown Road, entering River Vale, Pearl Street to Montvale and Spring Valley Road to Chestnut Ridge. All the Boroughs in Bergen County are enforcing more carefully health regulations to reduce the possibility of the dread disease entering our area. Health certificates were given to persons who found it necessary to visit other towns but were only good for 24 hours. Children under 16 were not allowed to leave their hometowns. Perhaps, the need to travel and show your health certificate to inspectors was regarded as a “passport” in those days!

What was the name of the former gas station on the corner of Rivervale Road and Westwood Avenue, River Vale, where the 7-Eleven is now? (B.R., River Vale) Expand

I was wondering how many Civil War veterans came from or returned to Park Ridge. What unit and what battles did they serve in? (B.G. Arizona) Expand

Most men from this area were members of 22nd New Jersey Volunteers, D Company. They were organized at Camp Delaware in Trenton and mustered on September 22, 1862. They left New Jersey on September 29, 1862 and headed for Washington, D.C., where they served in the Defenses of Washington until November 1862. They then left Washington and moved to Aquia Creek, Virginia, where they guarded the railroad until January 10, 1863, then moving to Belle Plains where they joined the Army of the Potomac. Following this was the “Mud March” January 20-24; duty at Belle Plains until April 27; Chancellorsville Campaign April 27 to May 6; operations at Pollock’s Mill Creek April 29 to May 2; and the Battle of Chancellorsville May 2-5. The company was ordered home for muster out in June, reaching Trenton June 22, 1863. The regiment lost 41 men during service: one officer and 40 enlisted men—all died by disease. Field officers: Captain John C. Westervelt, First Lt. Walter H. Rumsey, 2nd Lt. Nicholas Collignon. Drummer boys: Amos Dunham and Owen Keenan. Interesting that New Jersey was often referred to as “a southern state” because we were the only state in the Union to twice VOTE NO for Abraham Lincoln’s candidacy for president.

I have a childhood memory of my grandmother telling me that when she was a child she saw a house “floating up Westwood Avenue” as she and her school chums watched in amazement. Can you give me any information, please? (N.Y.B., Westwood) Expand

An excerpt from Bergen County Standard: November 10, 1910: “Westwood citizens were startled Monday to see a barn moving on Westwood Avenue and out Railroad Avenue (Broadway) at a speed of 15 miles per hour. The barn was the large frame building formerly owned by George Demarest which stood at the corner of Westwood and Fairview Avenues. The Messrs. Candisky bought the building, raising it from the ground, fastened a large wheel at either side at the rear and then ran their large automobile truck under the center of the front and, making everything fast, started for their property on railroad Avenue.”

I drive east on Old Hook Road in Westwood every morning when I take my daughter to nursery school. She always asks what that mounded dirt structure with the wooden door is on the cemetery property. It faces Old Hook Road. (F.A.H., Township of Washington) Expand

The Westwood Cemetery, also known as the Old Hook Cemetery to some, was founded in 1798. That mound that you see is called a receiving vault and was designed to temporarily store dead bodies when the ground was too frozen to dig a permanent grave in the cemetery. Technological advances in embalming, refrigeration and excavating have rendered them obsolete.

When I was a kid I used to sled down Atkins Glen in Park Ridge during snowy winter days. People would always say that Indians inhabited that area long ago and lived there in the “Indian Caves” in the Glen area. Is that true? ( N.E.M., Plainville, Mass.) Expand

Legend and lore are rampant everywhere. The Pascack Valley is no different. The Lenape (le-nah-pay) Indians lived in New Jersey at the time the white men (Europeans) first settled here. A pamphlet published in London in 1648 states that there were 23 Indian kingdoms in this area with 2,000 warriors in them. About 25 years later the total number of Indians living in New Jersey was estimated by authorities “at about 1,000 warriors.” An official document dated 1721 states that there were “but few, and very innocent and friendly” Indians in this state. The legend of Indian caves in the Glen, Indian burial sites in Hillsdale, etc. have never been proven factually. No archeological record of a Lenape village, cave or campsite has ever been found in the Pascack Valley. That, of course, does not mean they did not exist.

My wife and I recently bought a house on Glen Road in Woodcliff Lake, N.J. The house was built in 1932 and my curiosity has led me to want to find out the history behind the property. Would the town clerk’s office be my first stop to find out about the past mortgages and deed? Thank you. (A.S., Woodcliff Lake) Expand

There is no harm in making an inquiry in the town clerk’s office. Sometimes local officials have personal memories of old homesteads in their communities. However, the only place to find deeds, mortgages, land maps, etc. is the Bergen County Clerk’s office (www.bergencountyclerk.org or call 201-336-7000). They are very helpful and I am sure if you made an inquiry they would do their best to help you chronicle the history of your home and the property it stands on.

I live on Soldier Hill Road in Emerson, N.J. I’ve heard lots of stories about this area. How did the street get its name? Is it true that a famous Revolutionary War battle took place here and that an American General was killed in the battle? (R.P., Emerson) Expand

Soldier Hill Road and its environs have a fascinating history. The road got its name from the Revolutionary War period when the ridge it crosses was used not in battle, but as a camping ground by the Continental Army. This was later to become one of the first east-west roads linking the Hackensack Valley with Saddle River and Paramus. During the encampment, your neighborhood saw Generals Washington, Greene, Lafayette, and Von Steuben stay there. Brigadier General Enoch Poor (Poore) (1736-1780) died there on September 8, 1780, and was taken to Hackensack for burial, which Washington, Lafayette and many regiments participated in, with full military honors. Perhaps you might like to visit his grave at the First Reformed Dutch Church Cemetery “Old Church on the Green” at 42 Court Street in Hackensack. The historical community of Bergen County remembers him and honors him to this day.

I used to hear my grandfather talk about Forsheetown. Was it a place or a house? (V.I., Montvale) Expand

Forsheetown, sometimes shortened to Sheetown, was an area in Montvale named for the Forshee family whose farm lay on both sides of present-day Woodland Road to the north of Magnolia Avenue. John “Furshur” acquired the land in 1752 and his son William went there to live in 1762. His descendants continued a long occupancy into the early 1900s. Magnolia Avenue in that locality and the northerly part of Woodland Road were called the Forsheetown Road in past years.

I was told that a dam by Park Ridge’s Electric Light Pond once burst. Is that true? (J.B. Westwood) Expand

Yes, it burst on April 1, 1909, after a violent and steady rainstorm. It knocked out the town’s new electric street lights that had only been in place for six weeks.

According to the chief of the Lenape Nation in Anadarko, Oklahoma, the term LENAPE should suffice. Lenni and Lenape mean the same thing: “original people.” Incidentally, the chief says SHE prefers the term INDIAN to NATIVE AMERICAN.

Our Museum will be closed for the winter from January 8 thru March 12 for winter break. We will reopen on Sunday March 19, with a Day at the Movies (old Pascack Valley films).